A name you can trust 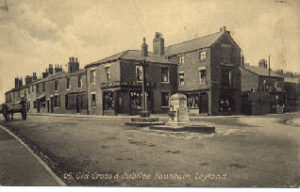 Heatons Engineering has been operating from its base in North West England for more than135 years and is well respected throughout the United Kingdom. First established in 1878 and known as J. Heatons & Sons, Ironmongers and Sheet Metal workers, the company had always operated from Leyland, Lancashire with strong ties in the local community during this time.

During the early years Heatons were suppliers to many local engineering companies, one of which was the Leyland Motor Company, supplying components to truck assembly lines.

The company now operates internationally and across many sectors, including the food and pharmaceutical industries, whilst continuing to grow and diversify.

Heatons Engineering has over the centuries earned a reputation for quality work, reliability and integrity and continues to forge new relationships with customers based on these three founding principles.

In February 1983, the Engineering Group owning the company closed down its North West manufacturing operation, and the business was transferred to Quin Street, Leyland, Lancashire, under new management. 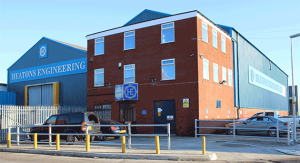 In 2014 operations in Leyland were transferred to new premises in Blackpool. Here the company benefits from a modern, spacious and well equipped facility.

As a group we pride ourselves on offering a complete customer solution, including all elements of design, build, manufacture, installations, right through to testing and certification. Our ability to offer our customers straightforward solutions to complex product handling issues is an example of how Heatons continues to develop its engineering and process control capabilities.

Our workshops specialise in mild steel, aluminium and stainless fabrication whilst our projects team offer turnkey design and project management services from concept through to fully commissioned processes.

Our expertise extends to providing process solutions including design and build of specialist automated machinery where ‘off-the-shelf’ solutions are not an option.

As you would expect we also operate to and comply with the following manufacturing standards to name just a few;

At Heatons we have a well established team of personnel with many years expertise in the industry. Our manufacturing capabilities & specialist skills have led us to provide more diverse and specialist items including high standard, bespoke fabrications, process automation and on-site works across the UK and overseas.

Our hugely knowledgeable and multi-disciplined in-house team, have a superb track record in producing first-class results across a wide range of industries. Our management team and shop floor personnel all share a refreshing ‘can do’ attitude towards even the most complex of challenges.

Our capabilities are backed by ISO 9001, BSI and UKAS Quality Management accreditation and SAFEcontractor – The Health and Safety Assessment Scheme

At Heatons Engineering we are committed to providing quality jobs in a dynamic and diverse environment for local people both in Leyland and at our Blackpool works. And we all enjoy our friendly working environment too. Whether you’re working in our steel fabrication shop, driving our vans, installing on-site, developing a new machine or answering the phone to our customers, there’s something about Heatons that stands us apart from other employers. And it’s not just our passion for bringing innovative solutions to complex engineering problems to our customers.

The difference here is the culture itself. At Heatons, you’ll have the chance to develop a career that’s personal to you, in a place where the rewards match the hard work you put in. 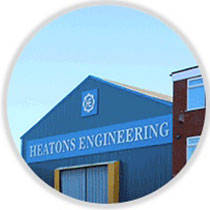 Find out more about Heatons Engineering 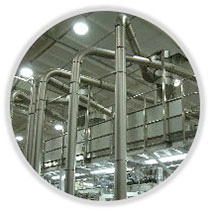 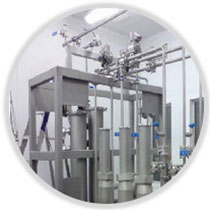 Discover what we can offer to your sector

Easy ways to get in touch